Ducks are a common sight in ponds and parks, but did you know that they sleep on one leg? It’s true! Ducks use this unusual sleeping position to keep themselves warm. In this article, we will discuss the benefits of sleeping on one leg, as well as some of the other interesting facts about ducks. Stay tuned to learn more!

There is no one definitive answer to the question of why ducks sleep on one leg. However, there are several possible theories that attempt to explain this curious behavior.

Some experts have suggested that the duck’s body shape allows it to nestle more comfortably on one leg than on two. Others have posited that raising one leg off the ground keeps the duck’s center of gravity closer to its body, making it less likely to topple over when sleeping.

Still other researchers believe that resting on one leg helps to save energy, as birds tend to use much less energy while standing than while flying or running. Whatever the reason may be, it seems clear that the phenomenon of sleeping ducks has long intrigued scientists and bird lovers alike. Perhaps this curiosity is just another beneficial byproduct of those famously charming duck feet!

How Is Sleeping on One Leg Beneficial for Ducks?

There are several potential benefits of this peculiar form of sleep. For one, it keeps the duck warm. Ducks are covered in feathers, which insulate their bodies and help them to retain heat. When a duck tucks one leg under its body, it creates a pocket of warmth that helps to keep the bird comfortable in cold weather.

In fact, during cold weather, it becomes more difficult for a duck to regulate its own body temperature when it’s not standing on one foot. This is because the feet are not covered in feathers, which means their bodies will naturally pump extra blood into the lower extremities for warmth.

Sleeping on one leg also has the benefit of saving energy. Birds use a lot of energy when they are flying or running, so it is important for them to conserve as much energy as possible. When a duck stands on one leg, it can reduce the amount of muscle activity in its body, which helps to lower its metabolism and save energy. Additionally, this position helps the duck to keep its balance, which is important for conserving energy as well.

Are There Any Drawbacks to This Habit?

Interestingly, there are some potential drawbacks to this form of sleep as well. For example, when a duck stands on one leg, it is more vulnerable to predators. This is because the duck cannot move as quickly or easily if it needs to escape.

Additionally, standing on one leg can put extra strain on the duck’s muscles and joints. This can lead to fatigue and pain, especially if the duck does not take breaks often enough.

How Long Do Ducks Sleep on One Leg?

How long can ducks sleep on one leg? Well, it turns out that they can snooze for quite a while. In fact, ducks sleep for almost 11 hours per day, and much of that may be spent standing on one leg.

While it may seem like they would get tired or even fall over, ducks are actually very good at balancing. Their bodies are specially adapted to allow them to sleep peacefully on one leg without toppling over. So the next time you see a duck napping on a park bench or pond, you can rest assured that they’re just catching some well-deserved Z’s.

Do Ducks Always Sleep on the Same Leg?

As you can probably imagine, sleeping on the same leg may get tiring after a while. Ducks typically take breaks throughout the day to rest their feet and muscles. During these periods, they may sleep on their other leg or even lie down on their stomachs.

However, when they are ready to sleep again, they will often go back to standing on one leg. Humans typically favor one side over the other. People being right-handed and left-handed is a prime example, but ducks actually don’t favor one side.

This is why you will often find ducks switching legs in between sleeping sessions. While the one-legged stance is most comfortable for them and helps them stay balanced and warm, they know that they need some rest in between as well.

Do All Ducks Sleep on One Leg?

It’s understandable to wonder if all species of duck sleep on one leg, as ducks come in various sizes and from many different regions of the world. Every species of duck (and most species of birds) sleeps on one leg. This is because it is the most energy efficient way for them to sleep.

Bystanders may think that ducks are just resting their eyes or taking a quick nap, but they are actually in a state of light slumber. In this state, their body can still function and they can be alert to any potential danger. Ducks have naturally adapted to sleeping on one leg, so it might look uncomfortable to you, but it’s actually the most comfortable way for them to sleep.

Why Did Ducks Evolve to Sleep on One Leg?

The one-legged sleep stance of ducks is an evolutionary adaptation that has developed over time. This posture helps ducks to stay warm, conserve energy, and balance. While there are some potential drawbacks to this form of sleep, it is still the most comfortable way for ducks to sleep.

So, there you have it! Ducks sleep on one leg simply because it’s the most comfortable and beneficial way for them to catch a quick snooze. They can stay warm, balanced, and relaxed. The next time you see a duck sleeping on one leg, you’ll know why. 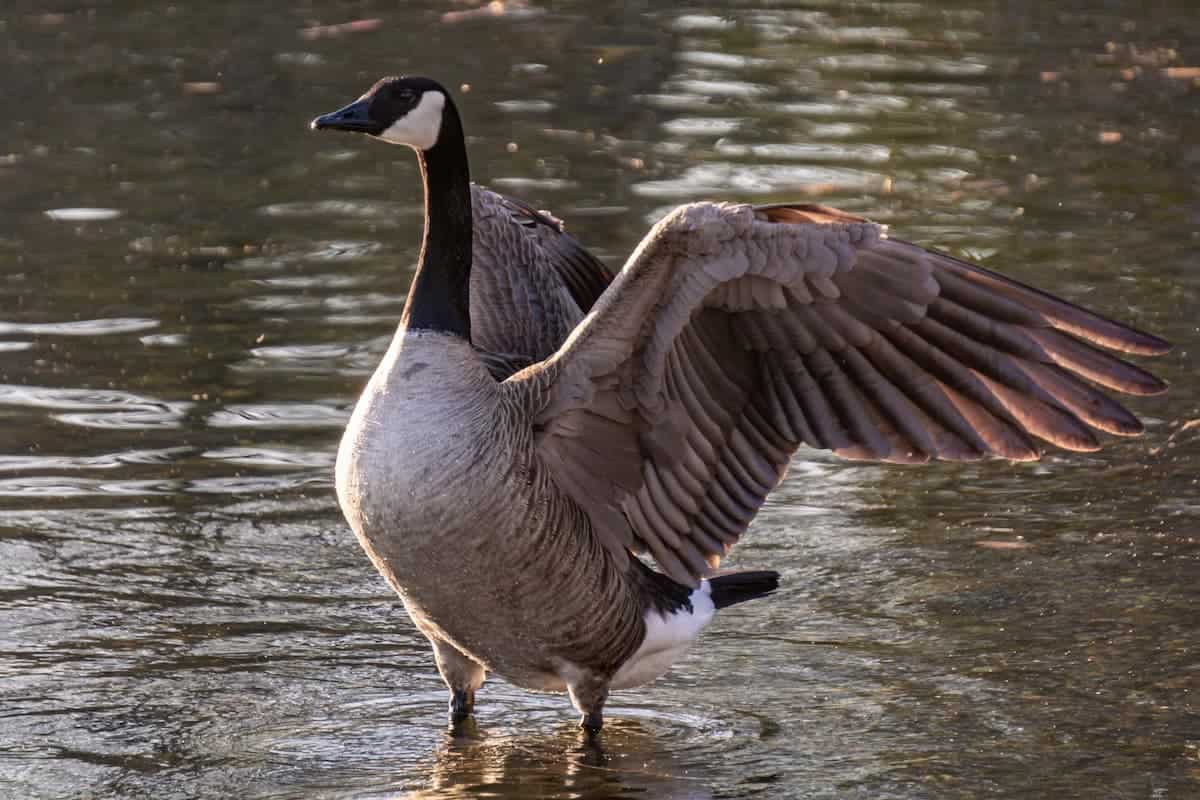