Why Do Cows Sleep Standing up?

One common misconception about cows is that they sleep standing up. While it may be true that most cows do spend a good portion of their time on their feet, this isn’t actually a sign they always sleep on their feet too. They do get some shuteye while standing, but not always. Cows usually lay down to sleep at night.

Like humans, cows have different stages of sleep, some more REM-heavy than others. It turns out that cows are designed to fall asleep while maintaining an upright posture, probably as a way to remain ready to flee from danger at a moment’s notice.

How Do Cows Sleep Standing up?

This double jointing, combined with special tendons and ligaments help the cow’s legs to lock in place with minimal energy exertion underneath its body, allowing it to sleep while standing. While this may seem like a convenient way to sleep, it actually has some drawbacks. Standing up all night can be taxing on a cow’s legs and feet.

As a result, most cows actually spend part of the night lying down, as they only need around four hours of sleep everyday. Nevertheless, their ability to sleep standing up is a testament to the cows’ adaptability and resilience.

How Long Can Cows Sleep Standing up?

As you know, besides sleeping lying down, cows can also sleep standing up. How long do cows sleep when they are sleeping standing up? It depends on the cow, the time of day, the location, you name it.

It’s easy to imagine a cow sleeping for hours at a time while standing, but that’s just not accurate. Cows tend to sleep standing up when they are tired but don’t want to lie down. This is why you’ll often find that cows only sleep for a few minutes at a time, dozing off over and over again throughout the day, which all adds up to somewhere around eight hours in total (not including their night time sleep).

How Often Do Cows Sleep Standing up?

Cows fall asleep countless times throughout the day while standing up. It will obviously differ from one cow to the next, but generally they spend around eight hours per day catching a quick snooze while on their feet.

What Are Some of the Benefits That Cows Get From Sleeping Standing up?

There are a few benefits that cows get from sleeping standing up. For one, it’s easier for them to digest their food properly. When cows sleep lying down, their stomachs can become bloated and full of gas.

Cows are prey animals in the wild, so it’s important for them to be able to identify predators quickly and escape if possible. Sleeping standing up gives them a better view of their surroundings and makes it easier for them to run away if they need to.

Do All Cows Sleep Standing up or Is it Just a Certain Type of Cow?

All cows sleep standing up. It doesn’t matter what type of cow it is—dairy cow, beef cow, miniature cow, and so on—they can all sleep while standing up thanks to their specially adapted leg structure. Older cows might sleep standing up more often because their legs and joints become weaker as they age, making it more difficult to get back up after laying down. Younger cows will typically lay down more often.

Do Cows Ever Sleep Laying Down?

Most people probably picture cows lazing about in fields, chewing their cud and taking the occasional nap. While it’s true that cows do spend a lot of time standing around, they actually do sleep lying down, but not for as long or as often as you might think.

Cows usually only sleep lying down for around four hours per day since it’s more comfortable and they can get a deeper sleep in this position. They will sleep laying down at night most of the time. Cows actually spend up to 14 hours a day laying down. It’s a common misconception that they can’t lay down for long periods, but they actually spend a lot of time relaxing on the ground!

Cows are fascinating creatures, and their ability to sleep standing up is just one of the many things that makes them so unique. While we might not understand everything about why they do it, we can all appreciate the fact that cows have evolved to be able to take a quick nap no matter what position they’re in! 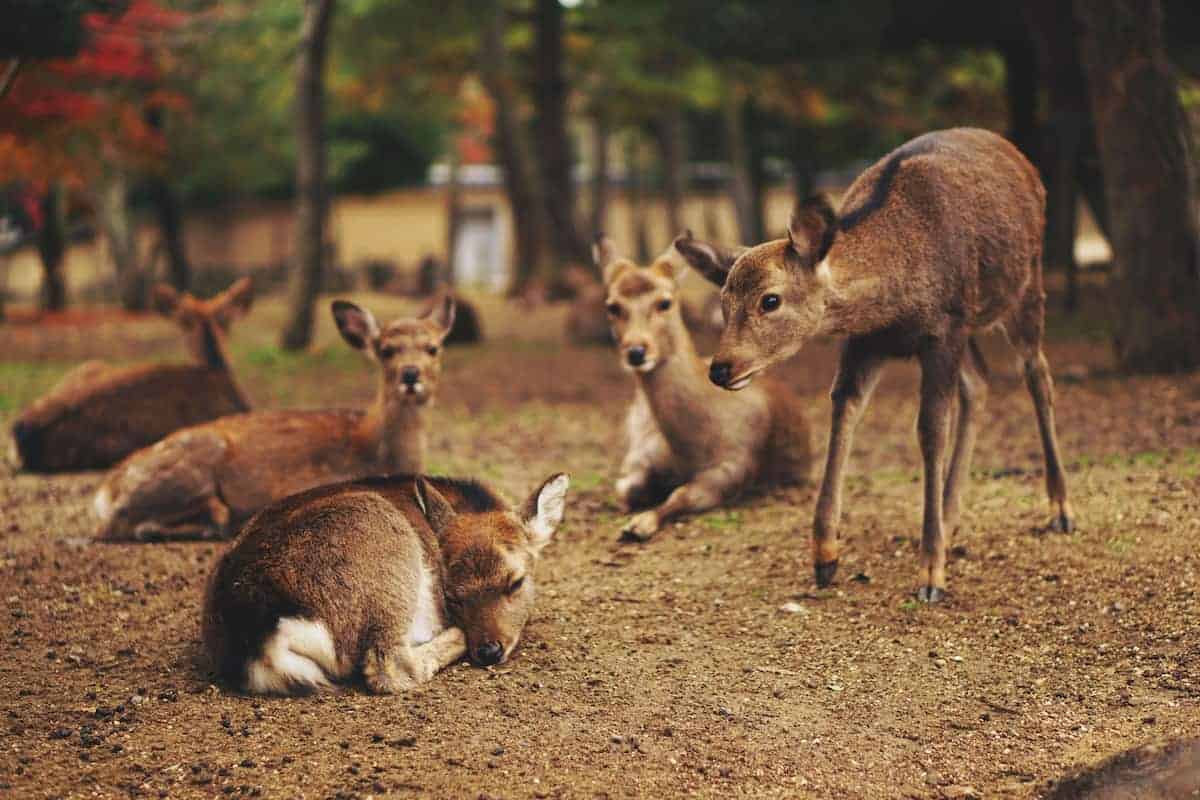 Deer are dainty yet majestic creatures with strange sleeping habits compared to humans, but they need their special sleep cycles ...

How Do Goats Sleep?

If you have spent time on a farm with goats, you may wonder whether these animals ever sleep. Goats seem ...