Have you ever been in bed at night dreaming of different lands and their animals? I was looking at the dapples and shadows caused by my lamp, and it reminded me of a jaguar’s coat with its beautiful rosettes. I was snuggled in my bed, and I wondered where do jaguars sleep.

Jaguars sleep in high places like in trees as it protects them from the heat, while offering a secure place to nap. They also like to sleep on high ledges or rock outcrops. If possible a jaguar will sleep near a river or water as they love the water and are good swimmers

Jaguars are the third-largest wild cat species in the world, and only tigers and lions are bigger than jaguars. As apex predators, they sleep wherever they choose.

Do Jaguars Sleep In Trees?

Jaguars sleep high up in trees, draped over a branch. They also sometimes sleep on high rock outcrops or ledges. They generally prefer high places to rest. A jaguar female and her cubs will sleep in caves, dens, and thorny thickets. They often choose places to sleep near water. As mentioned earlier in the article

Jaguars used to occur in a large area that extended south from the southwestern United States all the way to Argentina. This gave them a varied landscape, and their sleeping habits changed according to the environment and vegetation.

Jaguars are found now mainly in the rain forests and thick jungles in Brazil in South America. As they live in jungles, they sleep almost exclusively in trees. They are large cats weighing 123 to 220 pounds (56 to 100 kg), and some big males may weigh even more. It follows then that they will choose big trees with strong, wide branches in which to sleep.

Sleeping in trees allows the jaguars to remain cool in the hot jungles of South America. The tree leaves shade them, and there may be a slight breeze higher up in the jungle canopy. Many tropical forest animals rest during the heat of the day as it is too hot to move much, and the jaguar spends much of his day keeping cool sleeping on a tree limb.

How Do Jaguars Sleep In Trees?

Jaguars do not curl up in a fork of a tree or huddle at the base. These magnificent creatures are at home in the trees, climbing easily with perfect balance. Their balance is so good that they sprawl lazily with their stomach resting on the branch even when they sleep. Their legs hang down on either side of the branch, and they look completely relaxed and at peace.

Do Jaguars Sleep In Caves?

Although most jaguars live in the forest, there are a few that still live in unforested areas. In these regions, jaguars choose to sleep in caves in the mountains or on high rocky ledges of cliffs.

Why Do Jaguars Sleep In High Places?

They prefer elevated branches or rocky cliff ledges that give them a good view of their territory. Lofty perches also allow the jaguars to take their time checking their domain and launch a surprise ambush from above if they see prey passing nearby.

Although they are apex predators, other animals may try to take advantage of them while they are sleeping.  Sleeping high up gives them protection against other animals that may try to attack them, including other jaguars.

Jaguars are solitary, territorial animals that do not like to mingle – even with their own kind. A high resting place allows the jaguars to be warned if there is another jaguar in the area, which may be a threat.

Do Jaguars Sleep In The Same Place Every Night?

Jaguars have big territories and move around these territories as they hunt. They are known for having favorite resting places that they will travel to when they want to sleep. They may have several resting places in their territory and do not always sleep in the same place every night.

Jaguars may spend several days in one area, sleep in the same tree or cave for several consecutive nights, and then move onto another place in the territory. They are known for taking their prey long distances to eat in their favorite tree or den. If it is a large prey animal, the jaguar may spend several days eating and sleeping in the same place.

Where Do Jaguar Babies Sleep?

Jaguar babies are born with their eyes and ears closed, just like puppies and kittens. They obviously cannot sleep in trees as they are much too immobile. Jaguar mothers usually choose a cave, a protected thicket, or even a convenient hole to make into a den for their babies.

The mother jaguar will sleep in the den with her babies for many months. The jaguar cubs begin to hunt at about six months but still return to their dens to sleep with their mother until they are fully independent.

Jaguars are not like most other cats; they enjoy the water and are good swimmers. They often prefer to choose places to sleep near water. This helps keep them cool as water in an area helps to decrease the environmental temperature. They can also pop into the water for a swim if they are too hot.

A sleeping spot near water makes a convenient hunting ground as well. Jaguars do not waste their energy, and they like to nap near a water hole where prey animals come to drink.

It makes easy hunting for the jaguar as he can launch an attack from his high sleeping platform. Jaguars kill by biting down hard with their sharp fangs, which pierce the skull. An attack from a high branch helps them with this killing method.

Jaguars are mostly found sleeping high up on tree branches in the jungles. They sometimes choose caves or rocky ledges, but these are also usually situated high up. Their good balance and climbing ability make them at home sleeping in the treetops and cliff edges. They often choose resting sites near water.

Jaguar cubs and their mothers sleep in dens situated in caves, thickets, or occasionally holes in the ground.  Wherever jaguars choose to sleep, they make sure that they are comfortable, safe, and in a good position to take advantage of all hunting opportunities. 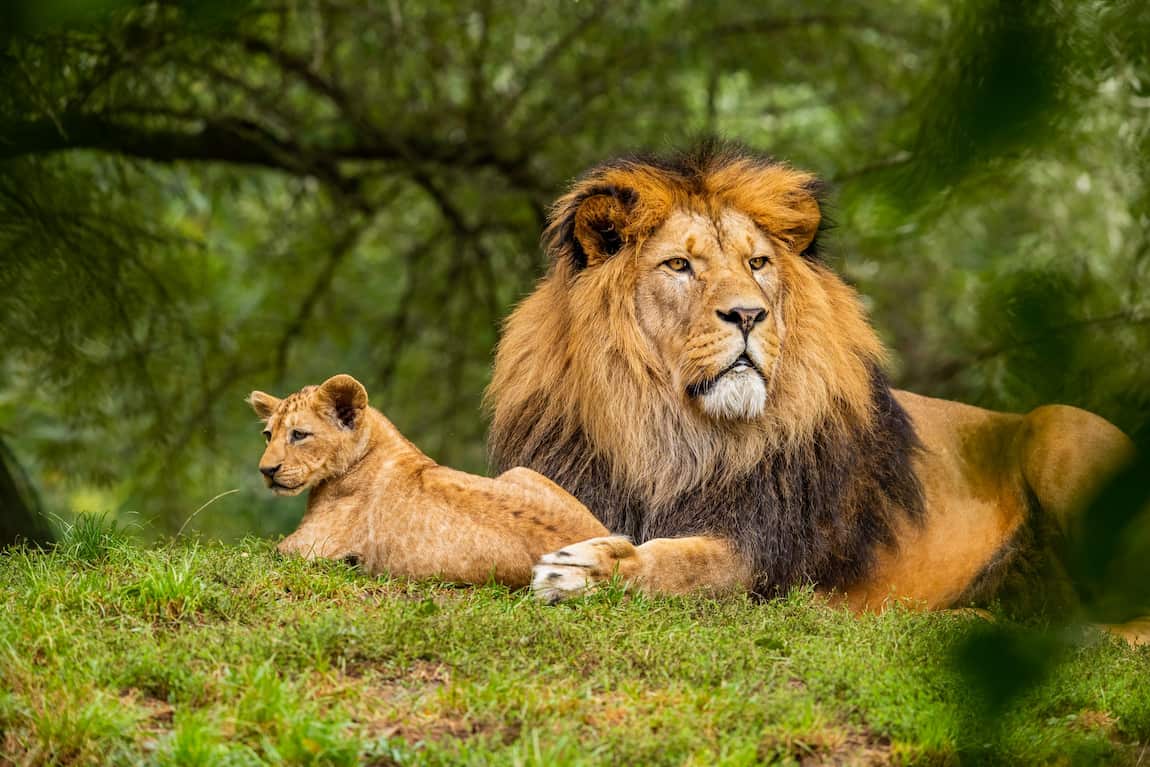 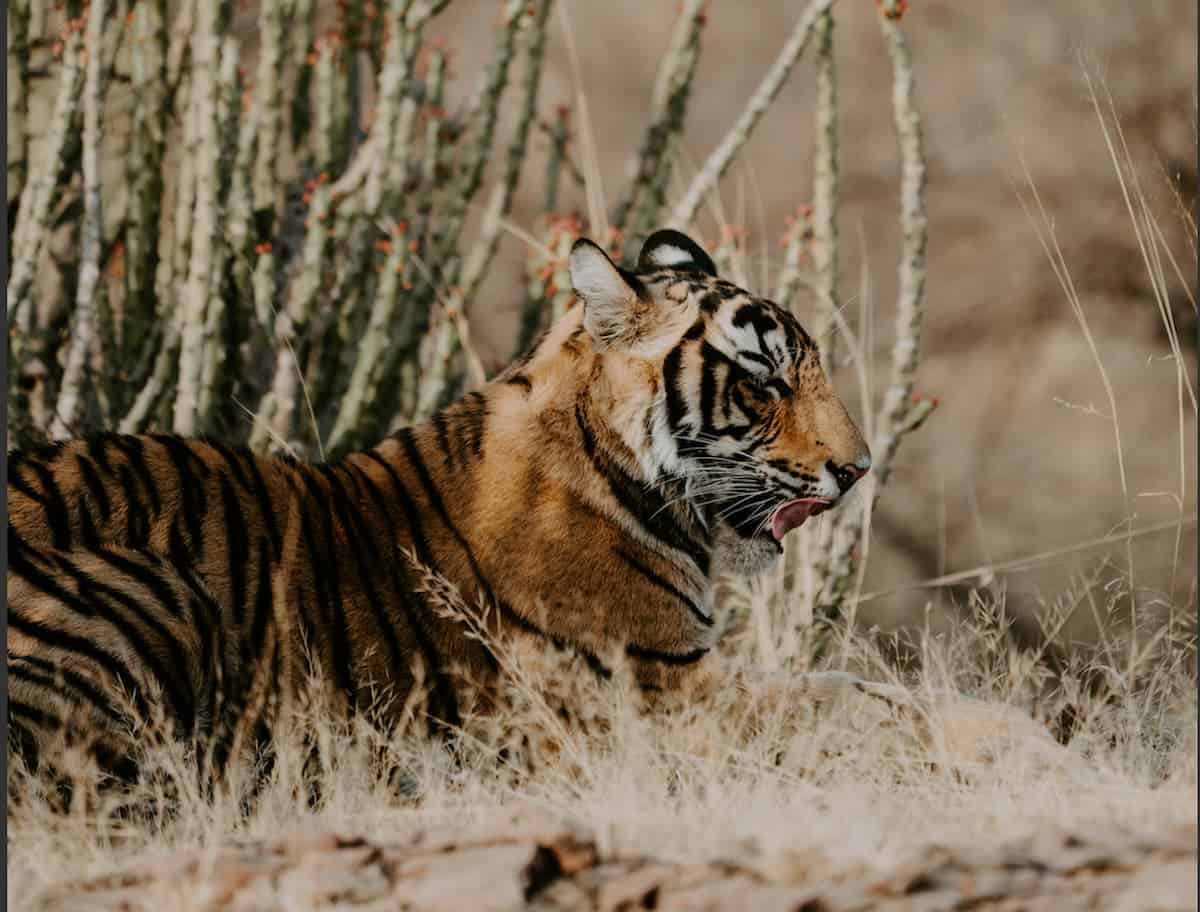