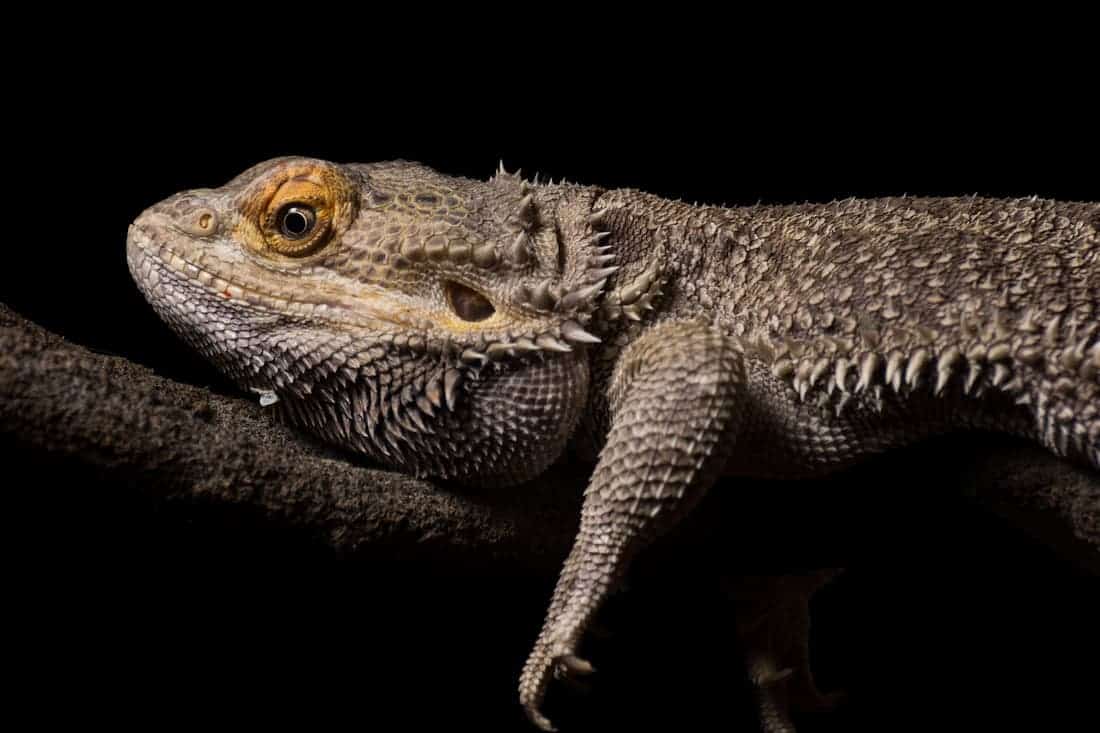 This is a question we get asked all the time—how long do bearded dragons sleep?

So, for the sake of your bearded dragon’s health, let’s dive in.

It’s important to know how long-bearded dragons sleep so you can tell whether or not they’re getting too little, or too much because each can suggest potential health problems.

Like humans (but not totally like humans), bearded dragons need between 8 and 12 hours of sleep per day. That might sound like a dream to you, but it’s necessary for your bearded dragon to maintain good health.

Why Do Bearded Dragons Need So Much Sleep?

Bearded dragons use sleep to recover, repair, and grow—much like humans.

In the wild, bearded dragons use the cycle of the sun as their sleep guide. That simply means that they sleep when the sun is down, and wake up when the sun comes up, like most of the animal kingdom.

This is why they tend to sleep so much—because it’s dark outside for long periods of time, depending on the season.

It’s important to keep your bearded dragon on a regular sleep schedule to mimic its natural sleep patterns. Putting it to bed and waking it up at the same time every day is the best way to ensure a healthy sleep pattern.

You might be familiar with cold-blooded critters’ need for heat. Bearded dragons love to bask in the sun’s heat during the daytime, as it provides them with the energy they need to hunt for food.

When it comes to bedtime though, heat is less important. As long as your bearded dragon’s sleeping area remains above 65 degrees Fahrenheit, you won’t need to provide it with any extra heat as it sleeps.

In fact, if there’s too much heat—such as if you leave its heat lamp on overnight—it can become confused thinking it’s still daytime, and end up not sleeping at all (which is even worse).

So again, it’s best to mimic the bearded dragon’s natural habitat as much as possible by putting it to bed (by turning the lights off) and waking it up at the same time every day.

Some places get really cold at night, and leaving your heat on overnight can easily run up your energy bill. So, if you have trouble keeping the environment at the necessary temperature throughout the night, you should consider purchasing a ceramic heat emitter.

Ceramic heat emitters are an affordable way to keep your bearded dragon cozy in the dark.

Is it Okay for Bearded Dragons to Eat Before Bed?

While this question might seem unrelated, it’s an important one to address, as it’s often overlooked.

Unlike mammals, bearded dragons need time to bask in the sunlight to digest their food. If you feed them and then turn the lights out, they likely won’t be able to digest anything.

This lack of digestion will lead to constipation, an upset stomach, moodiness, reduced appetite, and ultimately malnutrition. So, it’s best to leave three hours between the time they eat their last meal and the time they go to sleep.

This will ensure that your bearded dragon has the basking time it needs to fully digest its food and absorb the nutrients it needs to survive and grow.

Do Bearded Dragons Sleep with Their Eyes Closed?

Any abrupt change in light during the night can disturb their sleep cycle just like it would for humans, and their eyes will be just as sensitive when awakened—so be gentle.

Is it Normal for Bearded Dragons to Sleep in Weird Positions?

The short answer is, yes. Most of the time, bearded dragons will sleep on their stomachs, but sometimes they like to try other positions.

In the wild, bearded dragons will sometimes sleep in trees or up against boulders in strange positions, so don’t be alarmed if you find your bearded dragon sleeping in an awkward pose. 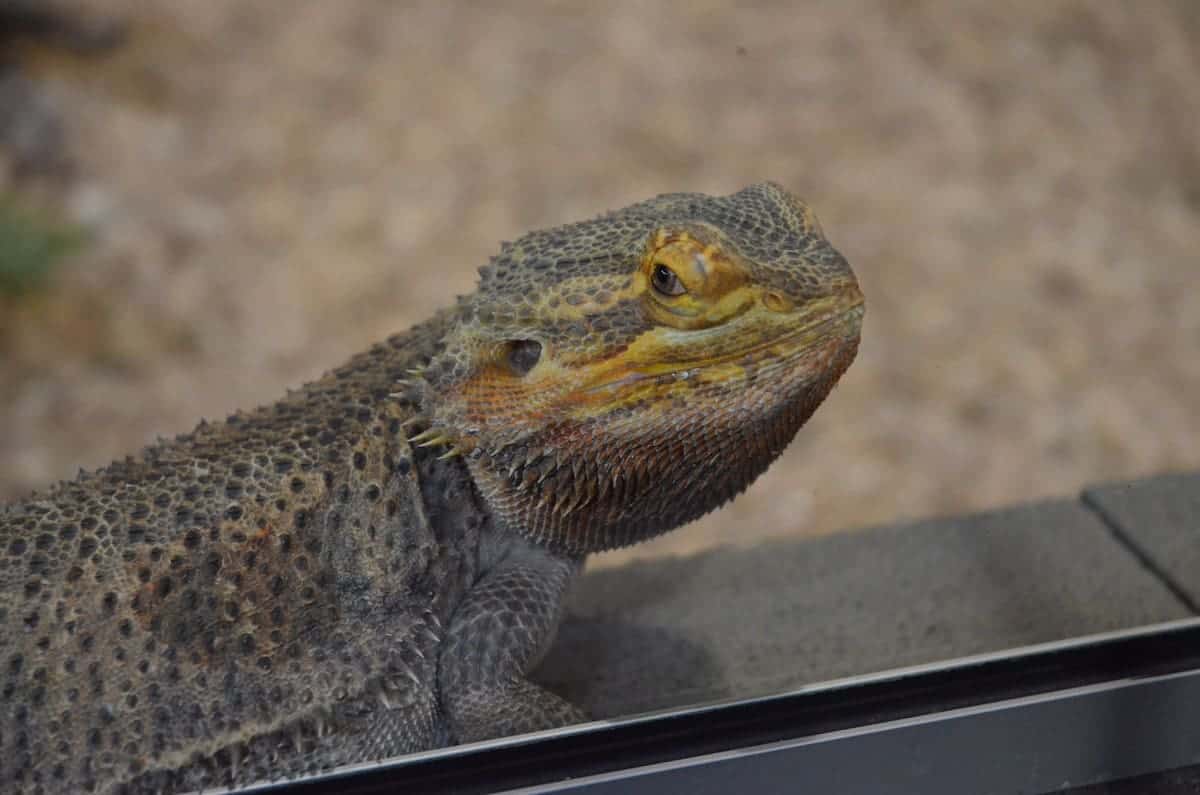 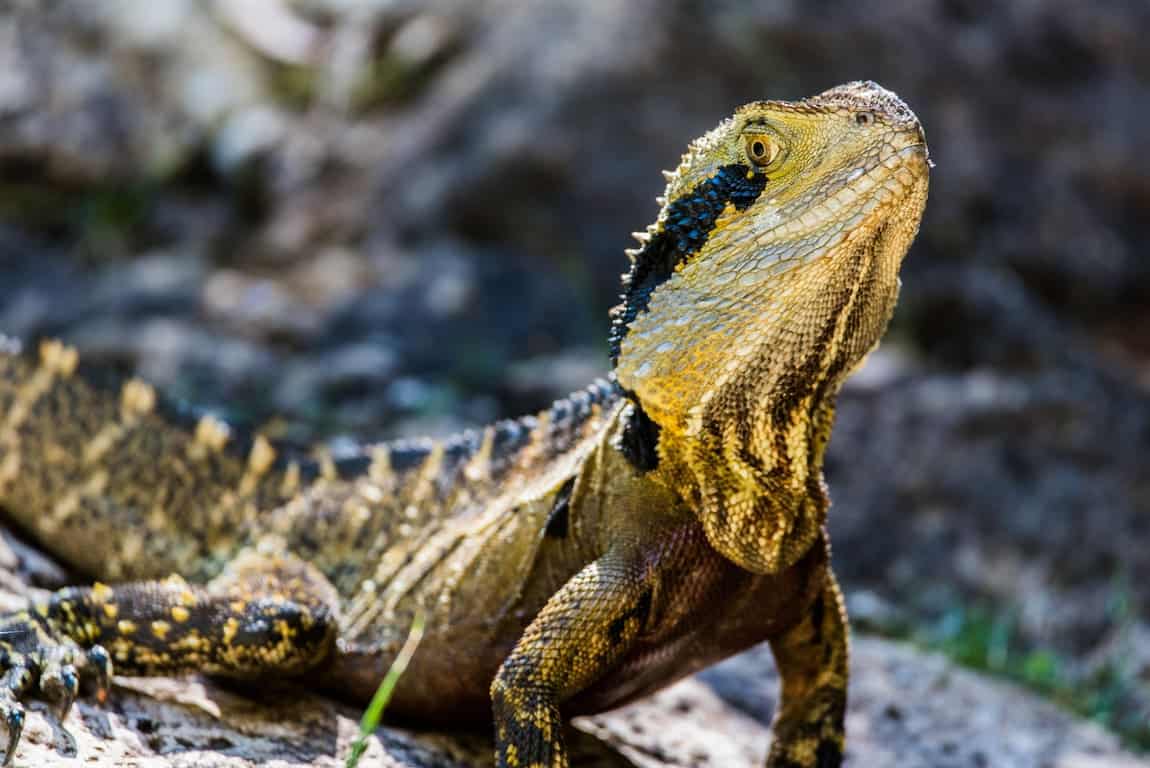 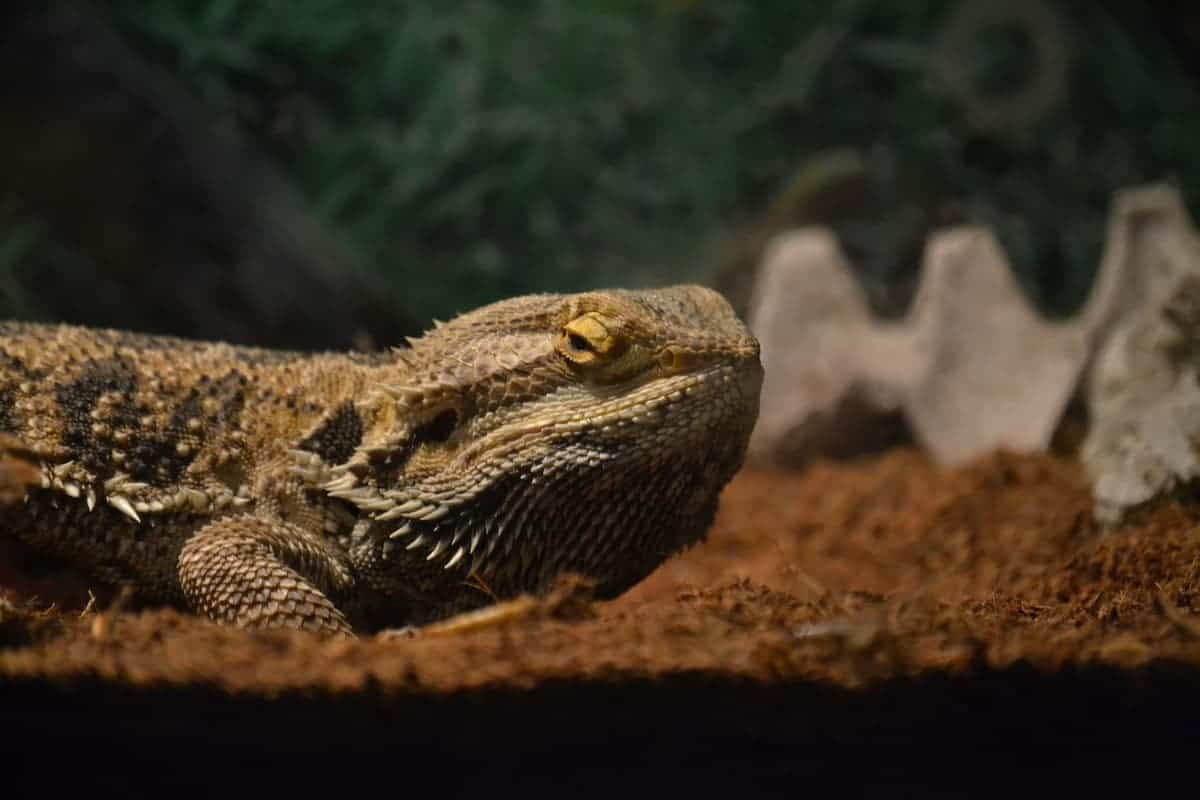